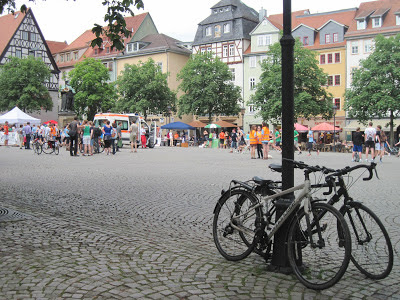 We have already driven over 2,000 miles on this trip and will probably pass 3,000 before we get home to Greater Manchester.  In those miles we have travelled on roads in six different countries outside the UK.  These countries are all in Europe but the differences in their infrastructure has been very marked.

Both Germany and Austria appear to be building new roads and repairing old ones like there is no recession and of course it may be no coincidence that in these countries the economy has remained more stable.  In Slovakia too, although many of the village roads were in a poor state, new sparkling motorways were being built so that lorries can hurtle across the country to Ukraine and Russia.

Living in Greater Manchester in 2013, we thought we had got used to potholed roads, but Hungarian roads have given us a new perspective.  The motorways we used in Hungary were good and not heavily used but many of the roads in towns and the countryside were so potholed and broken up that the bouncing of the van forced our CD player to give up and it refused to play any more music until we were back on terra firma; we soon learnt that the only way to deal with some of these roads was to weave around the potholes, stick to the middle of the road, which would sometimes be less eroded or drive on the wrong side of the road, if that surface was better.

In the Czech Republic the town and country roads were either not too bad or we had now decided that pot holes were normal.  However, the motorways were built out of concrete slabs and we bumped our way rhythmically across the country back in to Germany ... where we could mention the cobbled streets in the old DDR.
Posted by CandA Kubicki at 20:54