Where were you while we were getting high? 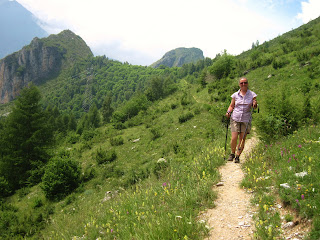 Entracque, in the Italian Maritime Alps, is at around 900m and so still gets a bit chilly in the evenings and mornings and there is still snow on the mountains.  However, during the day it is over 20C and sunny, so we can’t really understand why early June is considered out of season and all the restaurants are closed and the campsites virtually empty.

This lack of other tourists does mean that we have the footpaths mostly to ourselves, although the roads are busy with the Italian cyclists practicing for mountain stages up and down the hairpin bends. 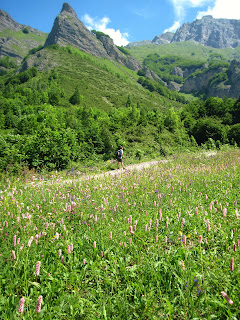 The walking around Entracque is delightful and we have had two good days walking in the mountains, in cool woodland, above picturesque mountain villages, through sunny meadows and under pink coloured cliffs and always surrounded by wild flowers, numerous butterflies and countless insects.   The diversity of the plant and insect life is striking; we have seen varieties of orchids, including fly orchids, saxifrages, geraniums, mints and juniper, to list just a few of the plants; Swallow Tail, Apollo, Orange Tip and plenty of other butterflies we don’t know the name for; alders, hazel, walnut, larch, laburnum, beech, birch and other trees we have failed to notice.  This richness of nature takes our breath away, nourishes our wellbeing and makes us wish that the UK had even half this diversity and abundance.   The only disappointment is the limited number of birds we have seen;  Jays are everywhere, but we can see these in Manchester, we have enjoyed hearing the distinctive sound of Cuckoos every day and near Entracque we watched two Black Kites gliding above us. 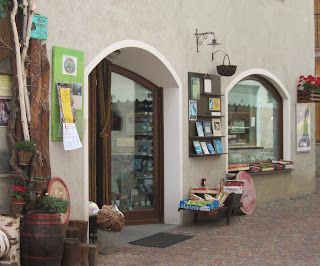 Entracque is a pretty village with a range of medieval fountains, a café and a few grocery shops; our favourite deli and bakery is run by the friendliest of women, who talks to us in a mixture of Italian, French and English and tells us the origins of the cheese, bread and biscuits we can’t resist buying.
Posted by CandA Kubicki at 18:14