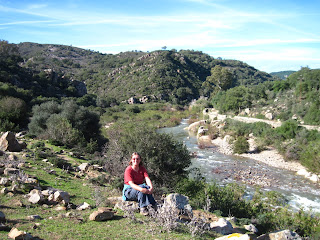 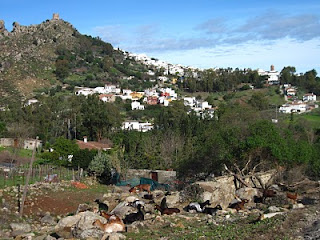 The campsite in Jimena de la Frontera is mostly permanent caravans for the Spanish and Gibraltese. There are only three of us here as touring campers; our neighbour is German, he greets us with the peace sign, has a small tent that leaks, a pink scooter and long hair. He thinks is ‘scheisse’ nowadays and has no time for Angela and her policies.

We left the green and pleasant land of Jimena for the washing machines and wi-fi of the coast, but not before counting the twelve Griffon Vultures sat menacingly in the field next to the campsite. We passed storks nest after storks nest along the road to Algecircas, we haven't seen these fascinating birds since Austria and it cheered us to see them standing in pairs on their lofty nests watching the blue bus travel below.