When I get older, losing my hair, many years from now 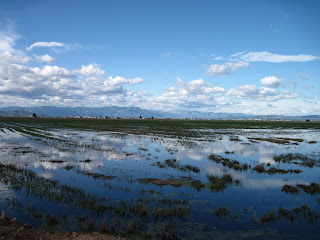 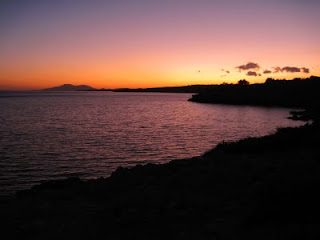 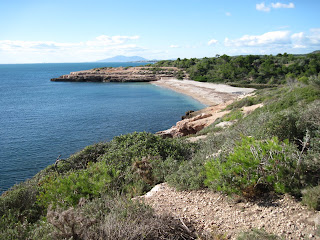 It is interesting to be in out of season: few camp sites are open, so the ones that remain available are fairly busy and it can seem to campers that there are lots of holiday makers around. However, in the towns it is clear that the hotels are closed, the apartments shut up for the season, shops and bars are boarded up and few people are around to enjoy the autumn sunshine.

The Elbre Delta is a flat expanse of reeds, rice fields, irrigation channels and lagoons, dotted with small farm houses. The area is managed as a natural park and we visited some of the hides to watch the birds; including Red Crested Pochards and Purple Gallinule in the lagoons, with Marsh Harriers flying overhead and Common Sandpipers pottering in the mud. From the tall hides you get a fantastic feeling of space, and we sat in one lofty viewpoint drinking mugs of coffee we’d made in the van. We were joined by a Spanish family; and with only a few shared words between us were able to share our binoculars and our enjoyment of such a beautiful area.