A man comes on and tells me, how white my shirts could be 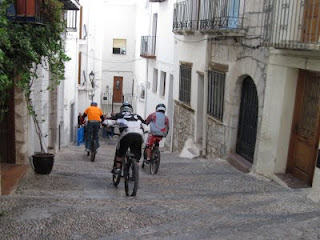 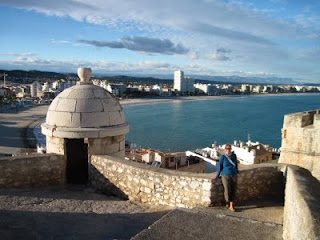 Living on camp sites can take you back to a much simpler life; hand washing clothes is a good example. Most camp sites have specially designed laundry sinks with a sloped wash board, similar to those at restored communal wash houses we have seen in many villages. In and these sinks were voluminous affairs, large enough to bath an active eight year old in: in they are still deep enough to allow your clothes to freely circulate, but don’t take mega litres of water to fill. Washing clothes in the sunshine, elbow to elbow with bronzed, healthy German pensioners is like being in a black and white musical and if someone burst into song it would not seem out of place. Hand washing is environmentally friendly in terms of energy use, but can use more water than a machine and we are very aware that water is a precious resource in this part of .

The Spanish are clearly concerned about their environment. Banners and placards on buildings and fences are a regular sight in . Around Girona the protest was regarding a proposed huge electricity cable between and . North of Peniscola, we cycled past numerous banners against a development on the one stretch of coast free of hotels, apartments and a promenade, where orange trees still grow and fields of artichokes and cabbages flourish.

We continue to make an effort to see as much of Spanish life as we can. Cyclists always need cafes and we stopped at a pleasant one in Vinaros, over looking the harbour. The Lonely Planet Guide writes Vinaros off as being ‘fairly grim’. However, we found it pleasant and entertaining:at a nearby table of two couples, drinks were thrown in faces, voices raised and faces slapped; a real-life soap opera moment.

Young men in padded clothing and helmets gathered in Peniscola on Sunday morning to take part in 'Urban Down', a race down the steep narrow cobbled streets and steps of the old town, a sport only marginally less dangerous than bull running.