Glaciers melting in the dead of night 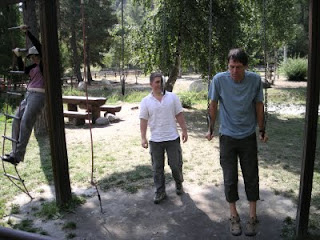 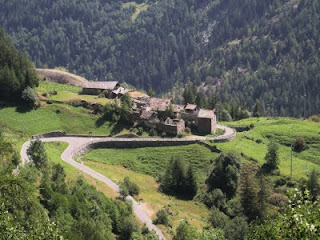 Naming your National Park the is to raise expectations and ours were very high. Of course, as we were spending the week here in the company of Matthew and Rachel and a bathroom, it was very likely we would have a splendid time. The stone chalet we stayed in was beautiful, on the edge of the picturesque , with a view from the balcony along a green valley to a glacier, you could not ask for more.

Matthew and Rachel were keen to see Marmots and we saw so many they seemed as common as rabbits in England: We watched Marmots eating, collecting grass for their nest, in pairs fighting and grooming and lots of Marmots sitting on rocks being the look-out. Matthew and his expensive camera took plenty of photographs, one of which we have borrowed for the blog.

We spent the week taking alpine walks, playing ping-pong, trying out the local trim trail, gazing at glaciers, watching a promenade play around the lanes of Planaval and catching up on events from the last four months. We enjoyed remembering that with more than one electric ring you can cook the pasta at the same time as the sauce and got used to being able to be in different rooms to each other.