Into the night came a blue flashing light 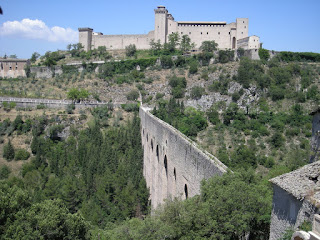 In we expected to see the two approaches to policing:  The Carabinieri, in their flashy uniforms with red stripes down their trousers, cruise the roads and lie in wait for motorists; the local police are provided with more humble attire and vehicles and we assume less powerful firearms.  However, we were not expecting the range of other law enforcement organisations:  The Forest Patrol have a much more military air than the Forestry Commission in the UK could ever marshall; even the Italian Traffic Wardens are armed; the Guardia di Finanza are a mystery; they sound authoritarian and they have vehicles with flashing lights on the roof and here in Umbria we have spotted the Vigilante Institute, an apparently respected organisation, but what is their role?   Your comments would be appreciated.

In we are back to wealthy where the houses are well kept, the gardens abundant with produce and local authorities can afford to provide refuse areas; we’ve not spotted a dumped mattress for a few hundred kilometres.  The towns are all beautiful and Gubbio is no exception, with narrow, medieval streets, red tiled roofs and lots of churches with bell towers open to the weather.  The photograph is the striking Ponte delle Torre in Spoleto.