For I must be travelling on now, ‘cause there’s too many places I’ve got to see 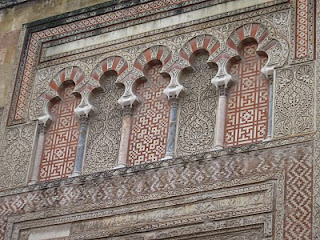 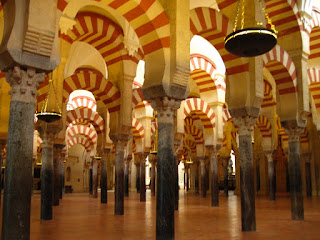 It was time to hit the road again. From Orgiva we drove to through fields of olive trees spreading up and over the hillsides in every direction. December is olive harvesting time in this part of Spain and we would usually have seen plenty of activity, but the wet weather over the past two weeks had delayed the work.

We came to to see the Mesquita and found a lovely city that had more to offer than that one stunning attraction. The Mesquita was built as a large mosque between the 8th and 10th Centuries; inside it has rows and rows of double arches sitting on 856 marble columns. With the return of the Christians to , the Mesquita was re-used, rather than destroyed and chapels were built around the inside walls and eventually a cathedral was build among and in the centre of these arches. The two very different styles, the simplicity of the Moorish architecture and the cluttered fussiness of the 16th Century church both merge and clash.