And his money he was counting 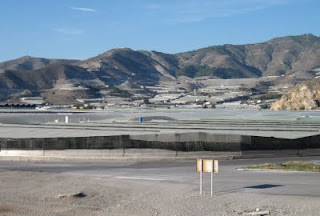 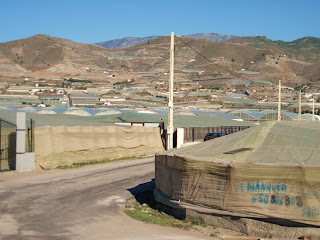 We'd like to say a very big thank you to all of you for taking the time to read our blog and keep up to date with our travels. Anthony added a counter for the number of visitors to the blog two days ago and we are astounded to see that we have had 215 visitors in the past 48 hours. We hadn't realised we were reaching so many people.
Unlike the Government we have not had to bail out anyone and so we have managed to keep within budget while we have been away; despite all manner of unexpected expenditure as things have needed replacing and repairing we don't expect to have to make any cuts in our spending forecast. Slovenia and Austria proved to be the most expensive countries we have visited and France was the cheapest; our spending there was an average of 310 Euro a week. In Spain, we have had so much extra expenditure (new camera, tyres, bike wheels etc) it is hard to analyse the spending, but it seems to be around 350 Euro each week.
We have closely monitored the cost of soya milk across Europe and it seems to have become cheaper as we move from country to country; here in Spain it is only around 1 Euro a litre. Other items become unavailable as we cross borders; tubes of tomato puree disappear from the shelves of Carrefour as you move from France to Spain, hummus can occasionally be found in France, but they add cream cheese, so it is no longer vegan; we have also found hummus in one supermarket chain in Spain.
In the photographs we have tried to demonstrate the scale of the salad vegetable production in southern Spain by showing typical views in this area. The campsite in Carchuna, near Motril, is a narrow oasis of green among these huge greenhouses which cover almost every square metre of ground where it is flat and are also perched on terraces on the hillside.
Posted by CandA Kubicki at 17:08