Darkness falls across the land, the midnight hour is close at hand 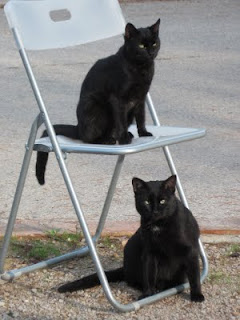 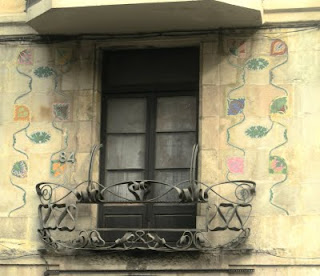 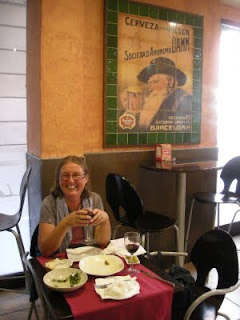 We camped at Vilanova I La Giltru, near to Sitges, so that we could take the train in to Barcelona. The camp site is large enough to be a village in it's own right and has all facilities you would expect from a Category One camp site; Spanish camp sites are categorised one to three, with one being the best.
The Spanish celebrated Halloween during our stay and spent some time decorating their caravans and bungalows with fake cobwebs, pumpkins and skeletons. In the dark the children dressed up and wandered around the site; we were grateful no one knocked on our van, as we don't know the Spanish for trick or treat. We did wake up the next morning to find three beautiful black cats sitting outside the van; no doubt left behind by a coven of forgetful witches. Fortunately the camp site has an industrial scale feeding station for the numerous wild cats here, a different experience to Italian sites.
Barcelona was thrilling; full of visitors, fantastic buildings and interesting streets. We enjoyed comparing the Medieval buildings in the Barri Gothic with the Modernisme buildings of Gaudi and others in the grid-pattern streets of the Eixample. We also enjoyed a good lunch of various veggie tapas and a glass of red wine!
Posted by CandA Kubicki at 20:37